In this video by Andrex about your toilet wiping activities, a bunch of z-list ‘celebrities’ ask us what we do with our paper – Scrunch or Fold? What is that even about?

So for the benefits of science, I took a quick poll at Awemous Towers this week. It revealed the following:

So, why the heck would Andrex devote an entire campaign, including TV, radio, DM, press and digital derivatives, to an activity that doesn’t exist? Are they trying to evolve our toilet habits to those mentioned in the amazing Demolition Man movie? You know, the three seashells… 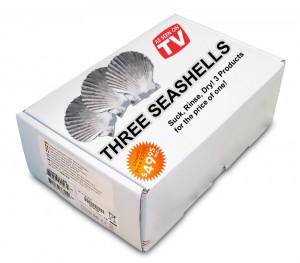 Now, if Andrex had done something like this then I think we can agree they might be on to something. A whole-hearted discussion about the future of our toilet habits, what new advances might occur, how they’re pushing the boundaries, flushing out the old ideas…etc. would have been novel and thought inducing.

Instead, we get vacuous nonsense about a principle of toilet behaviour that doesn’t exist.

I really have been stuck about whether or not to post anything about this dross. I mean, it is truly dreadful. I think they can only have approved it on the basis that any publicity is good publicity, even if it is bad. That and their marketing director must have gone mad. Why are we having public discussions about our private behaviours? And where do we go from here if this is now conversational material? It’s a slippery slope to chatting about haemorrhoids and anal fissures next. It’s not as if Andrex has a brand issue. Their paper is synonymous with the toilet activity. It’s almost a given that you buy it. This sort of sordid advertising can only hurt matters.

We know who to blame though, don’t we? The rise of the Digital Playboy in marketing departments. The bloke who wants to have a ‘conversation’ and ‘lead the discussion’ online. Content Marketing Whizzkid and Digital Playboy will be counting tweets, mentions and likes (regardless of their actual content) and presenting it to the Andrex marketing department as signs of success. However, sales are the ultimate sign of success, and I think that Andrex may well find out that this has been a disaster for them. It won’t bother Digital Playboy and Content Marketing Whizzkid though as they’ll have plotted their next move to another agency / marketing dept on the basis of those ‘likes’ and be heading up the corporate ladder accordingly.

I’m running out of words to discuss how bad it is. Hang on, that’s not true. I could describe it for a long time. It’s just that all those words would involve swearing. Ultimately, I should just say, Andrex, please ring me if you need some help with your marketing.

Here’s a small synopsis of what the rest of the world thinks of it too:

Scrunch, fold or cringe? (ABC copywriting)
THIS IS THE WORST ADVERTISING CAMPAIGN EVER (vice.com)
Scrunch or Fold: Worst Campaign Ever (Adturds)
Scrunch or fold? There’s only one place Andrex’s ads belong (Marketing Magazine)

Anyone else a little weirded out by the #Andrex scrunch or fold ad?! #toomuchinformation

‘scrunch or fold?’ mate I just wipe my arse

New Andrex ad Scrunch or Fold-What do u do? Seriously Andrex is there any need???? #PutMeOffYourPaperWhyDontU

and one which we wish would happen:

I’ll give the last word on this to the agency’s blog on the subject. After all that abuse they need some help. It’s a thinly veiled attempt to inject some humour into the campaign called Fold or Scrunch. Some fun things on there including a good debate on the correct way to place the roll on the holder, with paper out or in…? And Gary Lineker’s ‘poo on the pitch’ in the 1990 World Cup against Ireland! 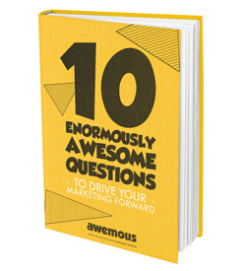